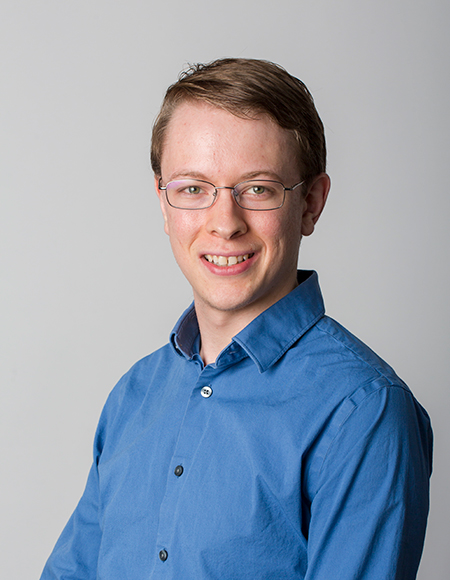 Coming to Earlham amidst significant life changes and now becoming a Post-Baccalaureate Faculty Member, Craig always appreciates his time here, “where I learned to code, run systems, create projects, and most importantly become a better person.”

After graduating from Earlham with honors in 2016, Craig became an entrepreneur before returning to the college in the role of a Computer Science Post-Bac last June. Describing his current job, Craig says “I administer local computer networks comprising devices running UNIX and Linux operating systems. In particular, I maintain, fix, and improve department pedagogical software, as well as high-performance computing clusters for interdisciplinary student-faculty research.” Besides this technical responsibility, he also serves as the faculty adviser for the System Administration Applied Group, which manages the department’s servers. Applied groups are nothing new to Craig, as he spent a lot of time during college in the Data Science and the Hardware Interface Project applied groups. However, being the adviser is surely a different experience. Talking about his time in the “Networks and Networking” class, which he is co-teaching this semester, Craig shares one of his delightful moments: “I cracked a spontaneous joke which got actual laughs.”

Six months full of experiences has exposed Craig to refreshing ideas. “There are three aspects of being a member of a group, team, or organization, particularly in the domain of knowledge work. Some parts are prescribed, others created, and others discovered.” Those are the deep thoughts from Craig when he defines one’s role in a workplace. Reflecting upon his present environment, he says “The parts you create give the greatest autonomy and represent the most obvious place to make changes. This is where a person can intentionally, in advance, define the role. Some jobs leave almost no room for this, others actively encourage it, and most are in between. I’m fortunate to be in a place that’s heavily biased toward experimentation.” The time in the contemporary position also marks Craig’s development of some good habits. From “the typical over-booked, over-stressed, over-scheduled student during most of my college years”, he has learnt not to “link my time, life, and self-worth to my work exclusively”. “This turns out to be a sustainable habit.” Craig expresses satisfaction with his current status: “I get to enjoy the culture, stay in touch with family, visit friends, learn, create, or just play and relax.”

There have been undoubtedly many positive changes. However, there are defining values that have never altered since the day Craig entered college. As “an advocate of technologists understanding the social and global implications of the work we do”, he expressed his strong interest in politics and social justice, which he has shown since he transferred to Earlham five years ago, on his blog and through conversations with his colleagues and students. Craig is clearly happy as a member of the community and is trying his best to make it as welcome as possible to the students, as it has welcomed him and his person.